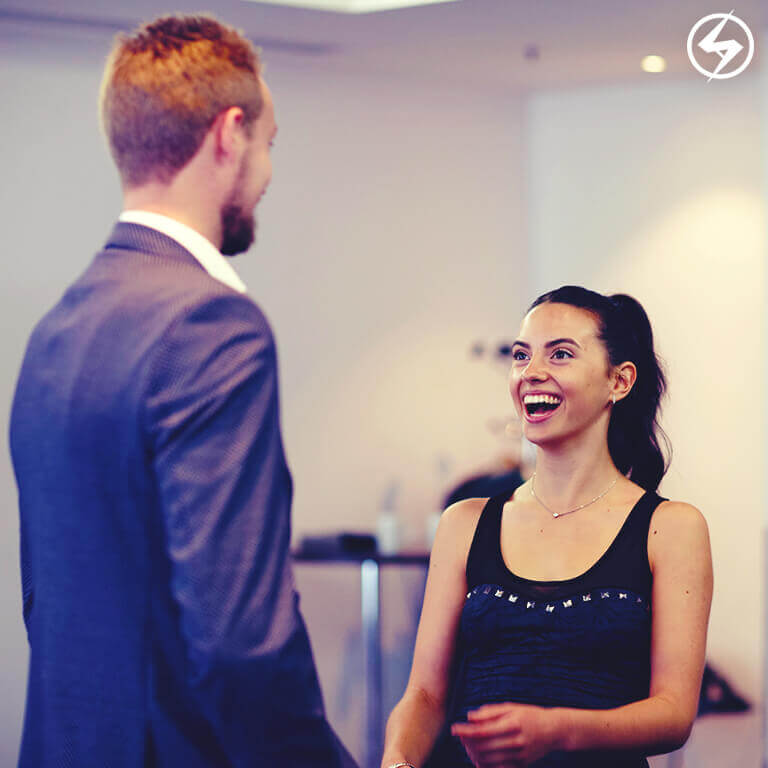 How to attract women through running. So, in this episode, I’m going to explain why the discipline of running will completely transform your life and also your dating life.

Now, at the beginning of this year, 10 months ago, I was 26% body fat and I decided that I’ve been doing so many training courses all over Europe that I really needed to focus purely on my fitness.

So, I decided to take up running. One of the best things I did was to spend decent money on a really good pair of running shoes. I went to a specialist shop and they’ve allowed me to not be injured over the last 10-month period, and I’ve been doing a lot of running.

So, I’ll explain how it started. I began running just three miles at the beginning of the year and I would do three miles six days a week, and some days my legs would be so sore and so achy, but I’d committed to doing it.

So, I went anyway, and some days I went really, really slowly, almost to the point where it was a little bit embarrassing, but I’d committed to creating a new habit of running. Now here’s what’s interesting that happened off the back of it.

After I broke the initial habit of running, I increased my distances and now I run about probably 30 to 35 miles a week. I’ve also recently started callisthenics training as well, but when you’re running that amount, here’s what happens.

You are running a distance where you’re eventually going to start exploring different areas around where you live and especially if you’re travelling a lot. Now, here’s the beautiful aspects of that.

First of all, with long-distance running, you really do clear your mind.

It’s almost like a meditative state and it’s a really empowering and powerful thing to be able to do, but a byproduct of this is that when you are running, there are so many opportunities to start a conversation with women that you would never normally meet in your day to day life.

When you’re in this position and you see a girl that you’d like to speak to, it’s actually very easy to make that happen because you’re already pumped up.

The fact that you are out exercising is highly attractive to women as well. And if you’d like to know more about why that is, all you have to do is literally put on some running clothes, go running in the street. And when you start running past women, what you’ll find is that when they first see you running, they’re typically going to start playing with their hair, which is a key indicator that they find it attractive.

So, that’s something that you can do even before you start a conversation if you just want to start getting fitter and stronger. And by the way, I’ve lost 9% body fat this year by running only. I mean, it’s been tremendously powerful for every area of my life. I used to do loads of different types of training, but I found that with running, it’s just the most effective.

All you need are a pair of running shoes and you can just go out anywhere. Now, I’ve spoken about just the benefits of running and obviously feeling good about yourself, starting conversations, but when you go to new cities, it’s also a fantastic way of exploring a new city. So, you can look at the map. The way that I do is I look for outside gyms and I run from where I’m staying to the outside gym, have a workout and run back.

Now, the beautiful thing about this is that you never know what opportunities to speak to women may present themselves.

So, if you imagine it a different way, you’re lying in bed and you’ve woken up and you’re supposed to be going running today. Now, it is so easy to not go running. It’s so easy to stay in bed and to decide to do it tomorrow. Now, what can we do that’s going to empower you to get up and to go running anyway?

One of the most effective ways of doing this is to think about the opportunities you may have today when you go running because going running might be a bit boring for some people. You might find that over a period of time that it becomes a bit of a routine, which it does, but it’s a ridiculously good and healthy routine.

That is a very powerful motivator and very powerful drive that will get you up, get you ready, and get you out of the door to go running that day.

Now, here are some of the ways that you can actually attract women and talk to them when you’re running. Because you’re already in a heightened state, the easiest way of doing this is to be direct about why you’re speaking to them.

So, if you’re running and you see a girl that you like, you literally just have to run over to her and say, “Excuse me, I really like your outfit,” or “I really like this about you.” You can be honest, open and direct. When you are approaching women, make sure you don’t run directly towards them because that can be a little bit off-putting for women and you want to make sure that they feel comfortable.

So, you slow your pace down and you run near them and then you say, “Excuse me” loudly so that they can hear you. And then when you said, “Excuse me,” you can pay them a direct compliment. “The reason why I’m talking to you is that I really like this about you. I’m in the middle of a run, but I felt compelled to come and say this to you.”

Trust me. When you’re in the middle of a run, you’ve got all the confidence in the world to be able to do that.

Yet, if you did it during the day, there are multiple other things you need to do to get yourself into that state. So, it’s almost like, well, I’m going running anyway. It’s so good to me. It’s so healthy. It’s almost like a meditation. Why don’t I double up and use it as an opportunity to speak to new women?

It’s such an amazing opportunity. And if you compound that and you think about it, hang on a minute. When you start going travelling or you pick different cities to go to, you’ve got a nice little ritual there. You go to a new city, you go running in the morning because it’s your habit.

While you go running, there’s an opportunity to speak to one or two girls that you find attractive. If it goes well, you can organise to see them later on that day. Obviously, as part of your rituals of travelling, I advise going to art galleries, museums, walking tours. Again, these are other opportunities as part of your daily ritual and routine to meet women whilst you’re going about your day to day life, and that’s super important.

As you become more confident and more attractive in your life, you should be looking at filling your time and days towards your goals, things that are going to increase your status and make you feel better about your life.

Become a man of value, someone who’s doing a lot for the world. And being physically fit and strong will just compound every different area of your life. Personally, I don’t listen to music when I go running. I find it distracting. I like to go out running and I like to just clear my mind, clear my thoughts and then if there are opportunities to speak to people, you can just go over there and pay them compliments.

As I say, it’s a very effective and powerful tool. So, just to round up this episode of how to attract women when running, I would advise that if you’d like to start running, set yourself a goal that, within a year, you’ll be running 30 miles a week. That’s an achievable goal if you can avoid injuries. Make sure that you buy suitable and decent running shoes.

The other thing about running shoes I found out is they’ve got about a 300-mile shelf life, which is interesting because you need to make sure you replace them because if you’re doing that amount of running, your shoes are super important for cushioning you, making sure you don’t get injured along the way.

So, that’s ultra-important to make sure you have decent shoes.

You can stylize what you’re wearing when you’re running. I like to just be very simple. I just wear black. I wear a vest because I don’t like to be weighed down with running. I also like going out in the rain. I literally wait for it to start pouring down with rain before I go running. I feel like I’m attacking something and I’m getting through something and… Yeah, it’s just a very powerful feeling to go running in the rain.

And also, to round up the rest of the episode, I spoke about the way of engaging women in conversation when you are running and it’s literally to slow down your pace, say, “Excuse me” loudly and say, “The reason why I stopped you is because I wanted to pay you a compliment about this.”

You can have a minute or two conversations, but bearing in mind that you’re going running, right, so you don’t want to stop there for half an hour. So, the easiest way of doing this to say, “Look, I don’t have my phone on me. I don’t have a way of exchanging details. How could we stay in touch?” And ideally, you want the girl to say, “Oh, let me take your Instagram, let me take your WhatsApp,” wherever it is. And then you can pass on your details and let her text you or message you if she wants to.

I always think that’s a more powerful way of doing it, allowing the girl the opportunity and the choice to text you if she wants as opposed to us taking her details, texting her and waiting for a response.

And if you’re doing this, say you’ve done this 10 times and the girls aren’t texting you, it’s a sign that probably you haven’t gotten to know them well enough and that you should be spending a bit more time with them.

But as I say, in this episode, it’s a great opportunity for me to just express the difference that’s made to my life in every different way from meditation to body fat loss, to just feeling powerful and feeling good about myself, and then the opportunities to just meet so many different types of people from all over the places when you’re going travelling. 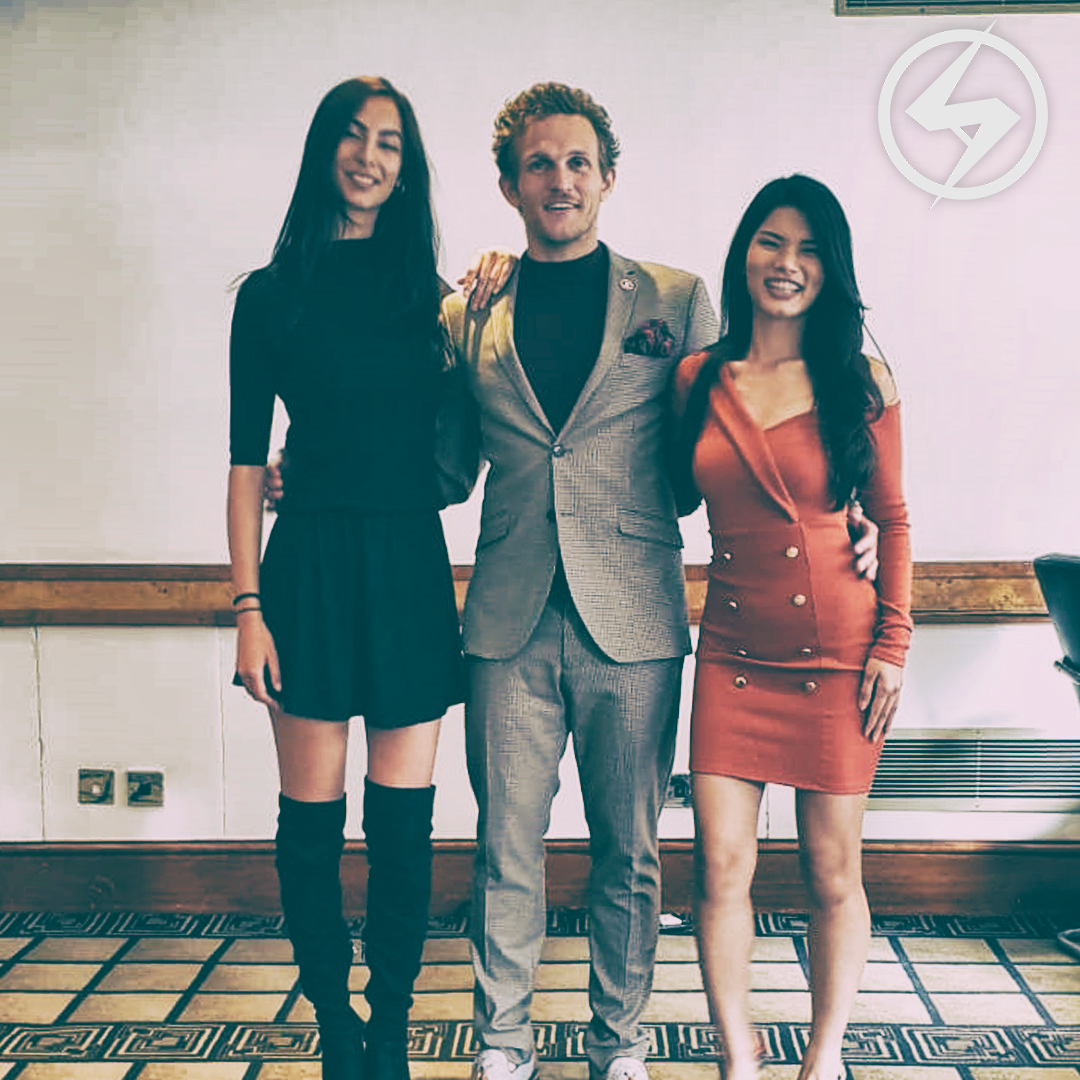