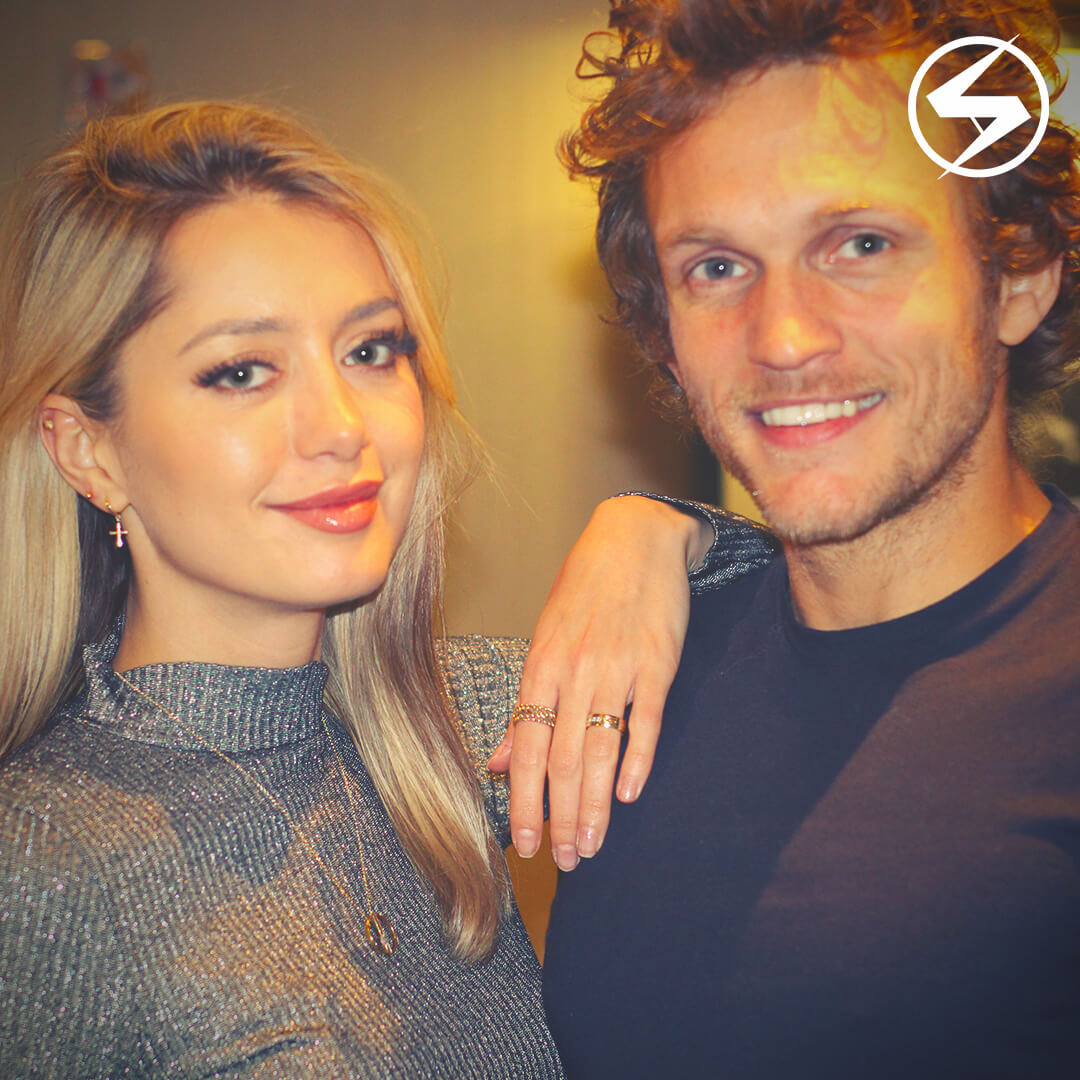 Dating Confidence For Men | The Ultimate Guide (with illustrations)

In this dating confidence article for men, I examine the film character, Charlie Chaplin. And specifically, we’re going to be looking at three of his most fascinating attributes. And I’ll be commenting on how we can use them in our lives to increase our dating results.

So, let’s start with the power of silence. So obviously, Charlie Chaplin was famous for being a silent movie star and he had to portray everything and with his body language, but also just with his facial expressions and stuff like that. And something that I find interesting about this, is that when things are silent, there’s a certain calmness that comes with it.

So for example, when you are listening to what women are saying if you can shut off your internal dialogue, and stop thinking about what to say next, that first of all is going to calm your mind so you’re not so impulsive to just reply straight away. You know, she’s saying something, don’t be thinking about 20 things about how you can convey the best thing about yourself. Relax, turn off your internal dialogue and tune into her.

And when you do that, something magical happens, because you’ll realise that eye contact is so much more powerful. You really tune into that person. On my dating confidence training courses for men, we have a female coaching assistant and our client. And we just get them to look at each other for 30 seconds, with no break. And if you have a female friend, it’s something that you can try.

Just literally, stare at each other for 30 seconds. What normally happens, is after about five or six seconds, the girl will giggle because there’s that tension that she doesn’t want to break, and then she’ll calm down, and she’ll hold eye contact. And I think there’s like endorphins and stuff like that release, which are linked with building attraction. But let’s just stick on, on being silent here. When you are silent it allows you to tune in.

And following on from this, and just relating it a bit more to dating. If you’ve text a girl once and she hasn’t replied, don’t text her again. Because you want to use silence to your benefit. So, if you’ve text her and she hasn’t replied, leave it. She may never come back to you, but if you text her again, you’re really killing your opportunity with this girl, because you’re just trying too hard. You’re trying to force it. Whereas, you don’t know what she’s got going on. Maybe things are in the way, we really have no clue.

Because, if you’re in consistent dialogue with someone, you’re always there, and they don’t miss you. Whereas, when you have a block of silence, it allows them to imagine more time with you, and imagine what else you’re doing. Why aren’t you replying to me? It allows them to think about you.

And obviously, this can also be related to sending text messages to girls. When a girl texts you, you don’t have to just reply straight away. You can let the power of silence work for you. If you don’t know what to reply, or you’re busy, don’t reply. Don’t feel like, “Oh my God, I need to reply right now.” That silence is really going to work for you in every single way.

But typically, most of us are just way too impulsive and we’ve got no way of really just letting it unfold. We’re just too desperate. And just remember, with this one really, like Charlie Chaplin, silence. If you really are thinking about texting a girl back, just remember Charlie Chaplin and the power of silence. And hopefully, that will stop you in the moment. And just allow you to regain your composure.

But, when you’re looking at a silent film, all you have is body language. And something that Charlie Chaplin does fantastically well, is to convey his emotions via his body language. And again, one way that you can practise doing this is being more silent in conversation. So, when someone’s talking to you rather than say, “Yes, yes. I understand.” Try nodding. Okay. Then when someone’s telling you a bad story, rather than going, “Oh, that’s really bad.”

Dating Confidence For Men #5 – Convey that emotion with your body language instead.

And you’ll soon work out if you’re doing it well because they’ll respond the same way they would respond if you’ve said it out loud. And then when you start doing this, you actually start to save loads of energy in your interactions, and also you tune in more to the person.

A few things, just talking about body language, just a few tips I can give you guys is that, if you are anxious around women, something that you can do, is to have something in your pocket that you can squeeze. And typically, that gets rid of your anxiety and allows you to relax more when you’re speaking, and be more in the moment. That’s a cast-iron thing. With regards to body language, a lot of people talk about what’s the best body language. Well, one thing that you can definitely do is when you sit down, just take up loads of space. I mean that is an attractive thing to do.

Dating Confidence For Men #6 – Being comfortable in all situations

But more so than that, I mean I have the mindset of, this is home, and I got this from Seneca which is basically … he got exiled and then he made his exile, his home, and he felt just as good. And what he learned is that you take yourself with you everywhere, and if you’re taking yourself with you, what are you really taking?

And I found that really interesting. So, when I now go into venues or anywhere, I just view it as, this is home. I’m going to be as comfortable as I am at home. So, I take up space, especially if I’m working from cafes when I’m travelling. I’ll sit down in a nice location, hopefully with a glass window because I like watching the world go by. But I sit there, and I take up space and I enjoy feeling comfortable there. 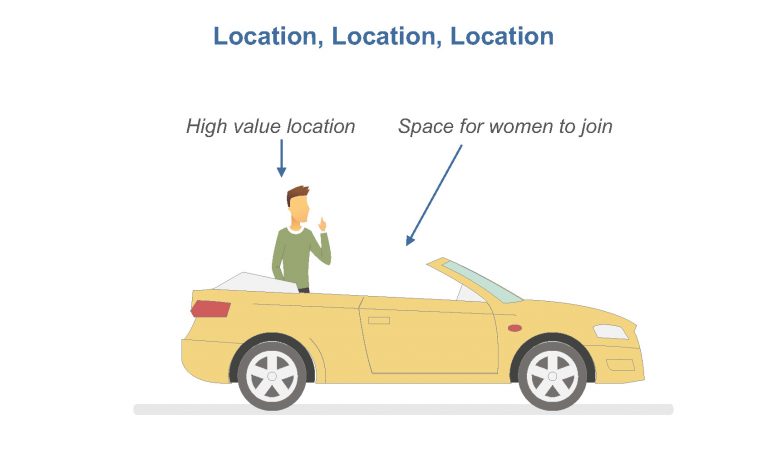 And when I do that more often than not, either the staff come and talk to me, or people come and sit next to me and started talking to me. Because when you’re so comfortable, again, you let your body language do the talking for you. If you’re sat there being relaxed, you’re not staring at hot girls when they walk past. There’s a certain amount of quality that comes from that. So, you’re really letting the silence of not chasing it, and the power of your body language, do all the work for you. And that is, for me personally, that is a huge lesson.

Just one more tip on that. If you’re going to go on a night out to meet women, one of the most powerful things I found to do, is to go and sit at the bar. So, even if there are no chairs at the bar, get a high stool, still, sit at the bar and just sit there and enjoy the evening with your friend. Don’t chase it, don’t start staring at girls. And what will happen throughout the evening is people will come up to the bar, and they’ll start conversations with you. And if they don’t, if you want to force it a little bit, all you need to do is have your camera phone on you, and ask the girls as they come up to the bar, “Excuse me, can you take a photo of us please?”

And then you can either carry on a dialogue with them or you can leave it. But typically, if you’re in a bar where people are going for the whole evening, what will happen is, throughout the evening you’ll start to build familiarity with everyone. And then as the night goes on and people got a few more drinks, girls will come over and they’ll start talking to you.

Because all the other guys in there have gone up there and they’ve tried and they’ve run out of what to say, and it’s got boring. But guess what? You’re the cool guy. You’re sat there just having a drink, just relaxing. You’re letting your silence and you’re letting your body language do you speaking for you. And I found that to be a really important lesson. And the last thing I want to discuss is the fact that Charlie Chaplin built for his future.

And what I mean by that, is that every film that he made, lasted forever. So, what he wasn’t doing is getting involved in a job where he was just getting paid for his time, and there’s no lasting foundation there. And another example of this is obviously me creating this podcast. Every episode that I do is there permanently, and it’s there forever. And when I meet people, they can look back and they can listen to it. And the reason why I find that interesting, is because this podcast is really like a way of looking into me, and who I am as a person, and getting loads of learning lessons from it, right? So, it makes sense for me to do it because I get to self-express as well.

But for anyone listening, what can you create in your life, that can showcase your own personality? Is it artwork? Is it writing? Is it creating something? Is it modelling? Whatever it is, what can you do now, to start showcasing your personality in a way which is going to be there forever? The same way that Charlie Chaplin did. What is going to be your lasting legacy? Something that you’re proud of, I’ve alluded to Willy Wonka, creating something out of your imagination, which is actually my favourite podcast episode so far, I love that character.

But, what can we do? What can we create in our world that we absolutely love, and is going to last forever? And when we do that, when we meet women, there is an example of the things that we can do. And I’m not talking about going on Facebook or going on Instagram and just chucking photos up for your ego. I’m thinking about, unless you’re a professional photographer, yes Instagram’s great, but what I’m talking about is something that you care about, and something you’re going to want to put your time and attention into.

Not something that you have just to be a follower, because everyone else is doing it. What’s the one thing that makes you great, and you unique? And start creating something, something that’s going to last forever.