Okay, welcome back. And on today’s episode, we’ll be examining the Joker character from the Dark Knight, Batman film. We’ll be specifically looking at three of his most powerful character traits to see what we can learn with regards to attracting more women into our lives.

Now, these three traits are, firstly, that he’s enigmatic and we are intrinsically drawn to want to learn more about him. Secondly is the fact that he’s chaotic and we never truly know what he’s about to do next. And finally, it’s because he’s charismatic, which means we are pulled towards his confidence.

Now, before I go ahead with this podcast, I’d just like to add that the Joker is my absolute favourite anti-hero. And the way that Heath Ledger was able to convey the archetype of chaos in the movie was an absolute spectacle and I never really tire of watching it. And so I’m quite excited about doing this podcast. So, let’s begin with the first character trait which we can learn from today.

Now, first of all, he’s enigmatic. And in the film, we never truly know anything about the Joker’s history, his background or his day-to-day life. He’s actually a complete mystery.

Now, magazines, TV soaps and films have been utilised in the power of mystery to draw us back to their shows since the inception of modern-day entertainment. You know, as humans, we are innately drawn to want to know what happens at the end of the story. And normally, we’re drawn in by a cliffhanger moment where we just have to know what happens next. So we make sure we tune in next week or you know, in modern-day times, we binge a whole Netflix series in one day.

Now, mystery is powerful and mystery is alluring. And the Joker’s character is the epitome of being mysterious. We are simply drawn to him because we want to know more. Now, if we counter this persona by looking at a cast-iron example of how many of us go about talking to women, typically, we try and big ourselves up in conversation and talk about the parts of our personality which we perceive that will be the most attractive to women. In a nutshell, what we’re really doing here is giving away the end of our story right at the start of most of our interactions.

And to put this further into perspective, it’s like watching a TV series where you already know everything that’s about to happen. We completely lose the emotional roller coaster and we don’t enjoy the show. Now, one super-effective way, that I teach in my courses to combat this is to imagine that you physically have 10 gold coins in your hand. And every time you answer a woman’s question, you lose one of your coins. And every coin that you give away, she becomes less attracted to you.

Now, when we use this formula, you can see why women become disinterested in many of our conversations right at the start, as we simply give away too much about ourselves way too soon.

And what I found about using, a mystery in conversation, using the 10-gold coin strategy is that it allows us to maintain our frame right from the beginning of interactions so that women straightaway want to know more about us because we’re keeping it to ourselves. Secondly, it also allows us to lead the conversation by not following the guide of the girl in the interaction. Now a great way to practise being mysterious is to play this 10-gold coin game with a friend of yours and whoever answers the question first, loses a gold coin.

We actually, physically do this in our training courses and it is a great way of preparing before you go out and meet women. Okay, and that brings us nicely on to the second character trait of the Joker, which is that he’s chaotic. And we never really know what’s he’s going to do next. And this makes us feel completely uncomfortable. I mean, most of our lives, we spend trying to create order within the chaos of the world. Yet, this character is not only comfortable with the chaos, but he thrives within it and that is what makes him a dangerous adversary to Batman.

Now, what I want to focus on here are the emotions we feel when we’re around someone who’s completely chaotic. Generally, they will also be very spontaneous and these types of people are normally fun to be around, as we never really know what’s going to happen next. It’s kind of similar to being mysterious in that it adds to the intrigue of spending time with these people who seem not to abide by the normal social constructs. Now again, there’s one really extremely important lesson that we can derive from a chaotic personality and that is it’s exciting to be around these people. And they are extremely spontaneous. And the suggestion I’d like to make here is based around our first-date strategy.

So if you meet your girl for a coffee, rather than sitting down with her as we’d normally do, grab a take away. And then when you’re walking, if you see an arcade, instantly go and play a game together.

Or if there’s an art gallery, just decide to go in there together. The main point here is to allow for some spontaneity during the day, to allow for some excitement and to keep the energy flowing. This way, she never truly knows what’s going to happen next. I often act spontaneously in my courses and when clients think they’re just about to relax, I’ll go and give them something new to do. And in my experience, the more spontaneous, the better, as it really keeps the energy flowing and everyone mentally alert.

And this brings us on to the last character trait of the Joker which I’d like to discuss, which is the fact that he’s charismatic. Now, the Joker says what he wants, wears what he wants and does what he wants. He doesn’t care whether you agree with him or not. He’s a hundred percent completely self-assured.

Now, we can do a whole podcast just on this one specific area. But for this one, we’re just going to focus on his not seeking validation. Now, in my experience, most of us don’t have the confidence to make a decision in our lives. We normally do one of three things before we make our final decision.

So number one, we ask our friends. Number two, we ask our family. Or number three, we tend to look for celebrities for guidance. And whilst I can understand that we may want to make sure we’re going to make the correct decision, the only way we’re only truly going to grow in confidence is to make decisions ourselves.

And now that you’ve listened to this example, I suggest it should begin right now, today. So start, for the next 24 hours of not seeking other peoples’ opinion before you make a decision. And there is an intrinsic power that comes from taking control and not being so … and being so irresponsible for the decisions in our lives.

I mean, could you imagine the Joker asking the other villains their opinion about what he should do next? I’m not quite sure it’d have the same effect. So perhaps it’s time to embrace some chaos into our lives. 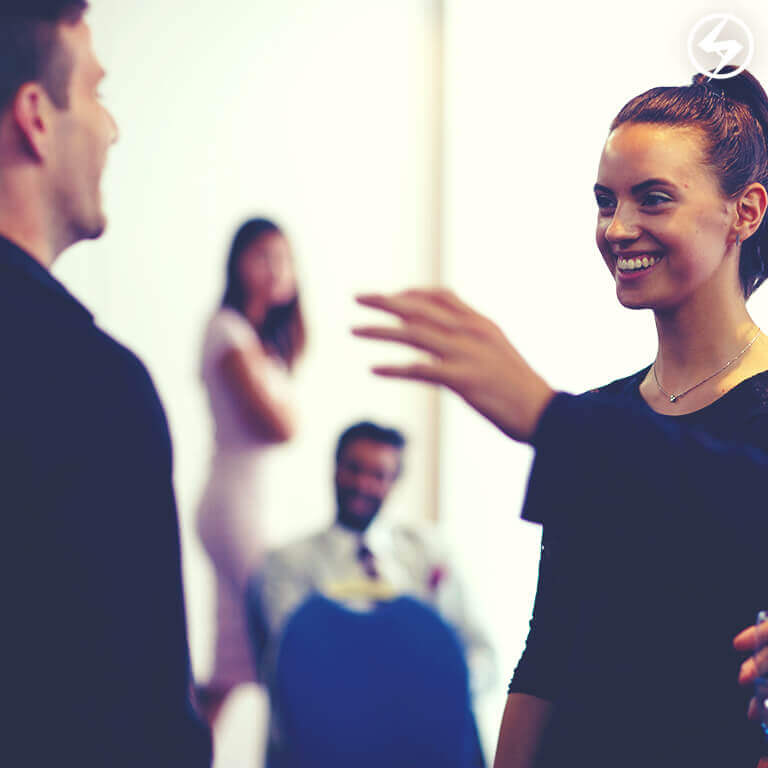 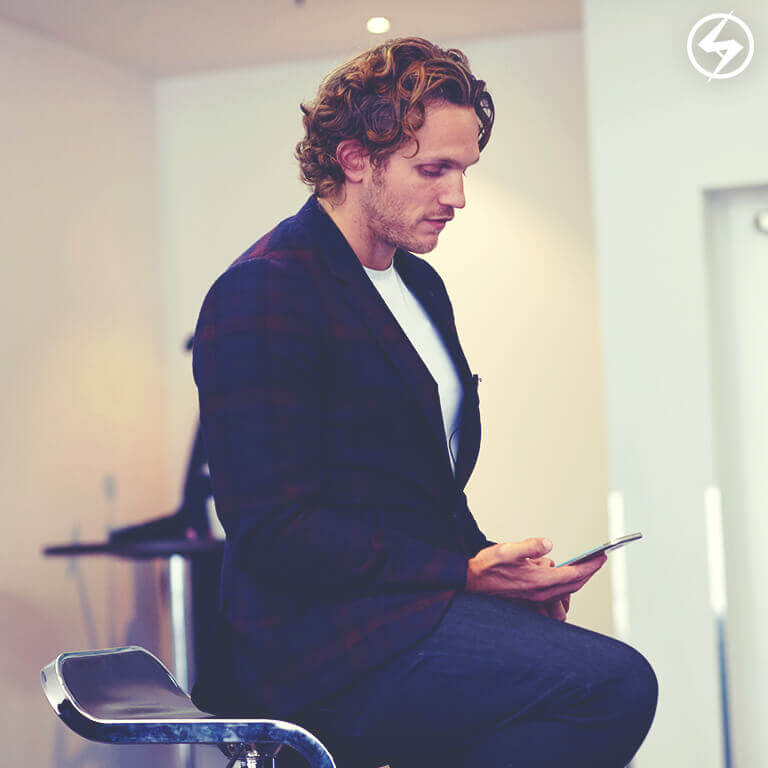 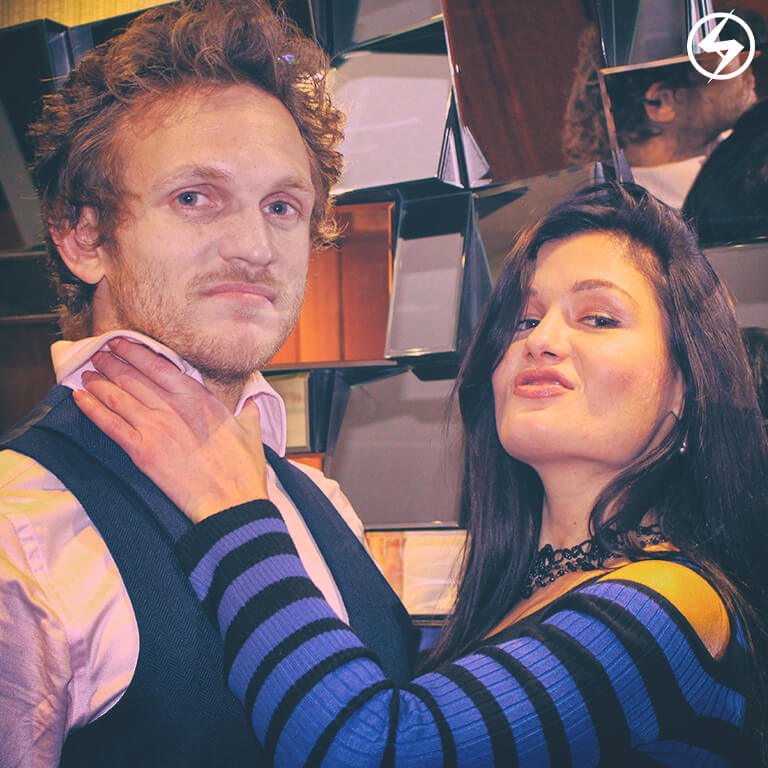