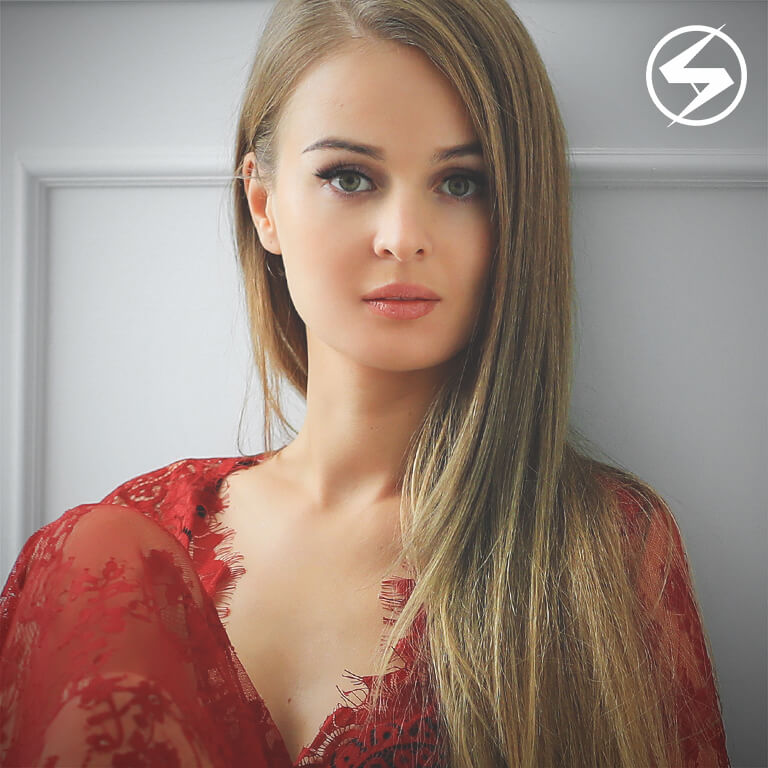 In this article, I will outline how to attract a woman by focusing on the concept of rapport. Specifically, I am going to give you my thoughts on when you should make or break rapport to spark attraction with women.

Most men focus solely on building rapport with women. Yet, here, I will show you how and why having the confidence to break rapport at moments during your conversation with a woman enhances attraction. 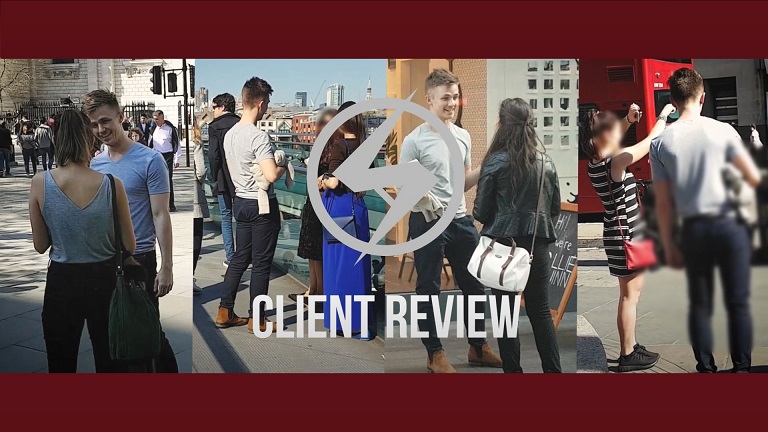 Why do we build rapport with others?

We all know what it is like to feel in rapport with someone. The conversation flows and feels relaxed. It seems like we are getting somewhere; as if the person we are speaking to is part of our tribe. Being in rapport calms our nervous system and simultaneously calms the other person’s nervous system.

Thus we can characterise rapport as being on the same level as someone. That is an important point to remember – being in rapport means we are both on a level playing ground.

Rapport refers to our ability to have a harmonious relationship with someone. This can be characterised by a mutual level of understanding or empathy. The idea behind this goes back to tribal times because if someone was part of our tribe then there was no conflict. There was no fear of fighting and hence no fear of imminent death.

Comparably in modern times, the first 15 to 20 minute period of speaking to a new person is where we assess someone’s social status and value. We reflect on whether this person is above or below us. It is why we ask the following types of questions to understand their value:

How does rapport relate to attracting women?

As we know from Charles Darwin’s sexual selection theory written in 1859, women tend to be attracted to men that have a higher social status or a higher value than themselves. Namely, men who are part of a stronger or bigger tribe.

What I want to explore is how this concept plays out in today’s world of dating. That is to say, if women are attracted to guys who are higher up in that hierarchy, then is it in our best interest to focus on building rapport with women?

According to sexual selection theory, when we break rapport with a girl in conversation, what we are conveying is I am not afraid of you and your tribe. Importantly, this positions us higher in that hierarchical structure rather than lower down. It highlights that we do not require validation or acceptance from others.

I have coached some very successful guys over the years including doctors and barristers. Yet, interestingly, they can still feel like they have no value on that structure with women. They start a conversation with a girl and their focus is solely on building rapport and forming a connection. All while deliberately steering clear of showing any disagreement with her. Almost as though they are afraid of conflict. This, however, is the wrong thing to do.

Instead, we should be absolutely clear, upfront and honest about our opinions. We should say what we think, as opposed to saying something only to gain rapport with the woman we are speaking to.

Being honest in conversation and voicing our true opinion sounds simple, yet it can feel difficult to put into practice. It means facing that fear of rejection and conflict. However, following this strategy will allow us to showcase that we are an attractive and confident guy who is not afraid of straying from the herd. Moreover, only a guy who has a strong social status would act this way, which is a much more effective way to attract a woman.

Breaking rapport with a woman will:

Importantly, there is a time in our dating interactions when to build rapport and when to break it. Being in rapport with a woman is invaluable and positive later down the line when we already know that we both like each other. It develops naturally over the course of a relationship. Still, if we are looking to initially attract a woman, we should not shy away from breaking off the rapport if that moment in the conversation calls for it.

Having the capacity to show disagreement is, in truth, one of the key attributes that will stop us from being friend-zoned by women as my infographic below depicts. To learn more on this read my how to stop being the nice guy article.

How and when should we break rapport?

Knowing when to break rapport with women in conversation can be tricky for different reasons. If you feel that you are not positioned high enough on that hierarchy you may find that when you break rapport your insecurities are going to come up.

This is a biologically wired fear within us that impels us to stay in line. It is linked to that fear of expulsion, fighting or even death. As a consequence of stepping out of line and being kicked out of the tribe. For this reason, when we are speaking to someone that we like it is not uncommon to feel huge amounts of fear when we break rapport.

The power of authenticity

As an example say you are talking to a girl. She mentions that she has a particular job that, in your opinion, sounds uninteresting. Now, most people would never articulate this thought because they want to have and retain that rapport at all costs.

However, I believe in being authentic and saying what you think in a way that does not need to offend. Indeed, saying what you think can lead to further education. In this example, let us imagine that you playfully point out to the girl that seems like a boring job. She then proceeds to fill you in on the reasons why it is not, hence educating you. Therefore, for me, saying how you feel is always the way forward – it can lead to genuine discussion and new awareness.

In conversation with a new person, we tend to not say what we think because we do not want that lens or mirror pointed back at us. Therefore most guys would avoid giving an opinion on a woman’s job, as, under scrutiny, she could ask the same question back. And if they have any reservations about their own job they will not want to draw that level of attention to it.

I will point out that that breaking rapport with a woman in conversation does not need to be high stakes or result in conflict.

Indeed, punctuating the flow of conversation by voicing disagreement or challenge can be playful. It also leads to the onset of flirting as depicted in the infographic underneath. To learn more on how to do this read my how to tease a girl article. 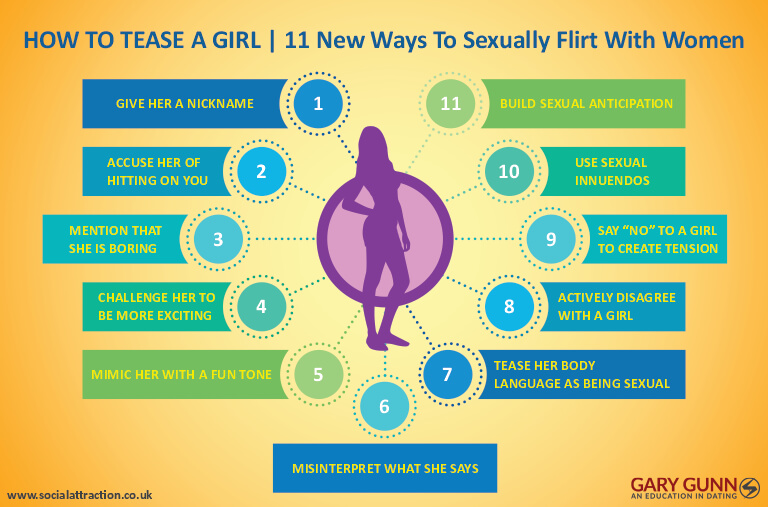 If you are overly concerned with forming a rapport with people that you meet, this indicates to me – and hopefully to you – that you need to develop your life. It is a signpost that needs to be addressed in order to ascend your life to that next level.

Most of us, most of the time interact the same way, yet expect different results. However, unless you are willing to do something different, your results are not going to change. I understand that there will be some trepidation. You may think this is too hard, unnecessary or you do not want to upset anyone. Consider though that if you are speaking to someone and they make a comment that your job sounds boring. You are only going to take that personally if you have a fragile ego.

There are two ways to learn to break rapport:

How to attract a woman long term

When you no longer aim for rapport in conversation, your insecurities can come up instantaneously – especially when you are speaking to a girl that you find attractive.

However, you are not going to know what is on the other side of that fear unless you stop conforming and dare to disagree in conversation. Facing your fear of rejection and allowing yourself to come under scrutiny will help shape you into a more attractive individual.

In my infographic guide below I give five long term strategies that will also help you attract women into your life as well as live a more attractive lifestyle. Read my how to attract women article to gain a better understanding of how to implement these lessons. 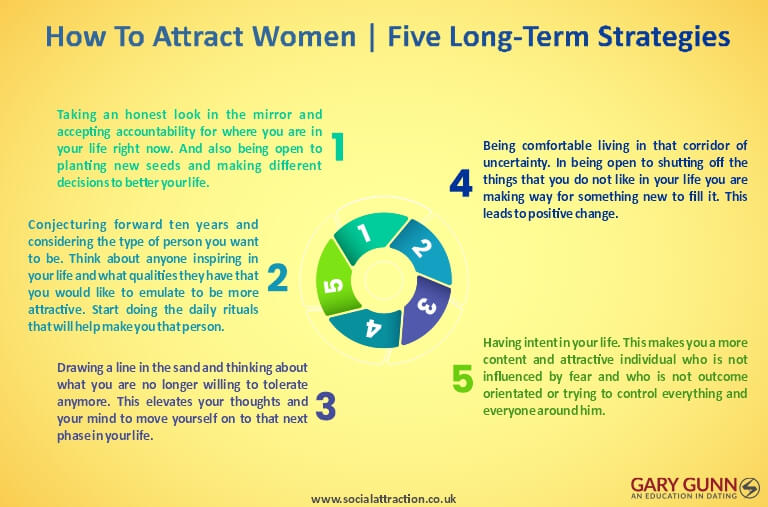 Attract a woman by breaking rapport

The way to attract a woman by breaking rapport is by being open, honest, and direct. Be assured that it does not always result in conflict. It more often acts as a gateway to genuine dialogue and a better connection with a woman.

As an example, I was talking to a girl in a bar on Friday night last week. She mentioned that she is studying sociology – a subject I studied at A-level and did not really enjoy. I pointed out, “That’s a really boring subject,” and her response was, “Yeah it is actually.”

Can you see how there was no conflict there? That was just me saying what I thought. And guess what happened? She agreed with my opinion and gained rapport.

I have one more example of breaking rapport with a girl on Saturday night last week. I was out with a friend of mine in central London and the female maitre d in the restaurant showed us to our table. She was taking our drinks orders by writing on her hand with a pen and I queried, “How long have you been doing your job?” She answered about five years, so I responded, “Do you not think you could invest in a pen and paper?” to which she playfully retorted, “No, why would I want to do that when I can write it down on my hand?!”

Again it added to the dynamic. It made it fun because I said what I thought and it injected energy into the exchange.

There are a few things to be aware of when breaking rapport with women – or with anyone really. There is a certain spontaneity that needs to exist when in dialogue with another. Therefore you cannot pre-script the dialogue or think about comments in advance.

The essential takeaway is to become better at saying what you think and feel in conversation with women. This will make every future conversation more interesting, authentic and vibrant. Moreover, you will be more likely to spark attraction with the woman you are in dialogue with.

Hopefully, this article has given you a more informed understanding of sexual selection theory and the overall role that rapport plays in igniting attraction. To skillfully learn how to make and break rapport with women as well as other conversation techniques, then visit our Social Attraction live training page and book a consultation call. 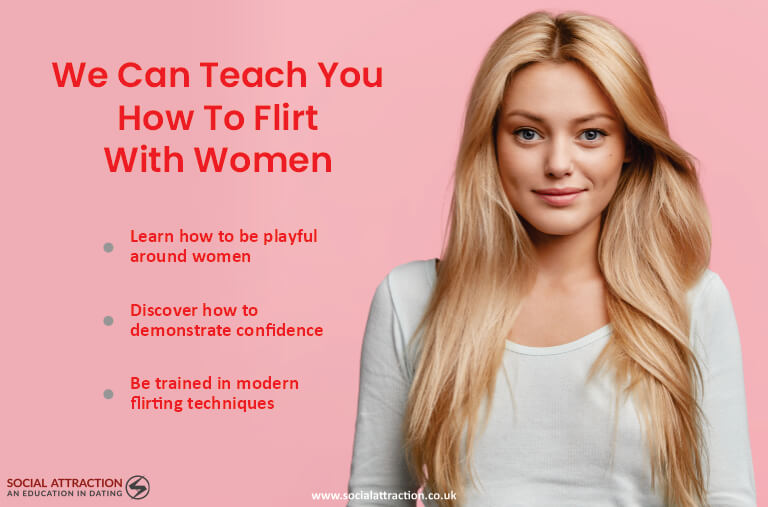 Gary Gunn is the bestselling author of An Education In (Online) Dating.

He has hosted over 1000 dating confidence courses in the UK and Europe, as well as over 1,500 courses conducted online.

Moreover, he is the head coach at Social Attraction and leads the team, training and courses. 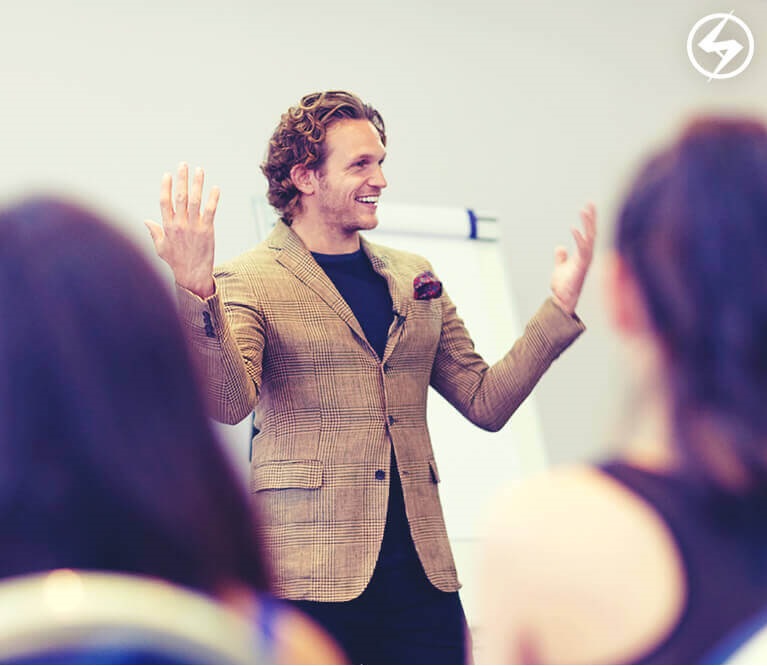 Your path to dating success

SCHEDULE YOUR FREE 30-MINUTE CONSULTATION
Get Gary Gunn’s Dating Tips Straight To Your Inbox
Want Free Dating Advice?
Stay Up To Date With Our Latest Articles