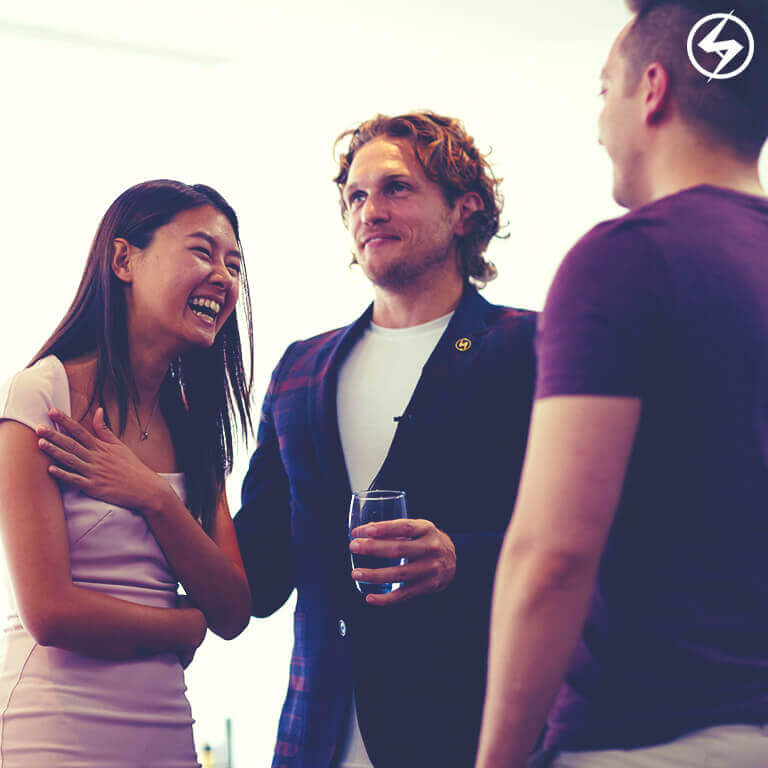 Hello and welcome back to today’s episode where we’re going to be looking at Peter Pan from the film Hook as portrayed by Robin Williams. Now, there is one character trait which I really want to focus on in this episode, which is the fact that he has got such an amazing imagination that was taken away from him.

Now, as we go through this podcast episode, I’m just going to talk about what happened in the film with Peter Pan and obviously, I’m going to relate it back to dating because I think there’s a lot of lessons that we can learn along the way.

So first of all, with the film, Peter Pan has grown old and I think he’s an insurance salesman and he’s, you know, got caught down with the stresses of growing a family, and trying to hit his targets. He’s very, very stressed and he’s actually forgotten what it was like or what he was like as a child.

And he’s really lost his imagination. I think when I think about that, I think how many of us are like that?

How many of us are too busy with setting ourselves too many goals and we feel overwhelmed by life and you know, life’s not fun anymore. There are too many stresses. We’ve got too many places to be, too many things to do, and it’s just rather chaotic. We kind of forget who we are within the realms of trying too hard to be great at everything. So I think a lesson that we can learn, first of all from that, is to just simplify your life.

I read a book a while ago called Essentialism, which is in a nutshell about saying no to everything and that frees up a lot of stresses in your life and just allows you to be more relaxed. And then if you still want to do something, you can commit to it, at a later date. And I certainly ascribe to that notion and it has had a big impact on my life because now I feel more relaxed and freer. I’m not really too committed unless it’s something that I really wanted to do.

So that’s like the first lesson. And then obviously, in the film, his kids get kidnapped by his old adversary Hook and he’s then put into chaos where he has to go back to Neverland to find them. And even when he goes back to Neverland, he still can’t remember who he was as a kid.

He’s kind of lost his essence and he really struggles to get it back.

Obviously, through the journey of the film, especially Robin Williams portrayal was brilliant, but when he finally gets his imagination back, there’s that scene where they’re all sat around having a meal and there’s no food there. They tell him you can imagine it and he does and at that moment, he really begins to see what it’s like to start living out what he was like as a child. And I think that there is … Watching that film, or watching this film, or looking at the archetype as an adult, there’s something to be said for that because as we get older we do tend to get a bit old and stagnant and stale.

Forget about all the nonsense and the day-to-day trivial things that don’t really matter. Who am I at my essence and you know, how can I be more excited about life and use my imagination to do it? And obviously, when Peter Pan does that, he starts to become a leader again and all of a sudden, all this energy comes back and he’s fun and everyone wants to be around him.

It’s so interesting because we all know people that have that childlike quality where we may think, you know, they’re not very responsible in their life but at the same point, they’re extremely fun to be around.

I think that there’s a balance here, between being in touch with who you are at your essence, and having that childlike wanderlust in your life, and then at the same point, obviously taking on responsibilities as you get older in your life. Obviously, after Peter Pan’s got his imagination back, he then begins to fly again. He gets all these amazing things that he can do. And really that’s just an analogy for your life because at any stage now, any one of us is able to use our imagination to think about how we can better our lives.

I think this is an area that’s not really discussed that well because you know, we’re not really taught that when we’re younger. I mean, yes, we have an imagination, but if you think now and about how bad your life is, we all have the ability to imagine that it can be better. And when we envisage a better life for our self, we begin to set that wheel in motion to actually start manifesting that in our life.

I think there’s something to be said here about taking time to retreat from the world and to spend some time really getting in touch with who you were as a kid.

You know, all the things that came off of him … When I watched the film Hook, I really did that. And all of a sudden, like all these ideas, started coming to me about how I could make my events better. I just imagined my life better than what it was at the moment, and that just adds energy and that’s before anything’s even happened. That’s just my mind wandering. And that is, I think, a wonderful lesson for us all.

There’s just something about someone who has that quality that we just want to spend time and we want to be around them. Again, it’s always portrayed in films as having a childlike quality because typically as adults we don’t tend to have it.

Obviously, the film culminates with Peter Pan saving the day and saving his kids and everything living happily ever after. But I think really, the story of Peter Pan is really about someone that as he got old, the stresses of life affected him and he no longer had his imagination, and all the wonderful things that can come back when you have it.

I’d highly recommend watching the film because you know, as I say, I’m a lot older now than when I first watched it. And you really have like a more of a depth of character, to really understand what Spielberg was trying to convey in the film. It really makes you look at your life and your world differently.

It gives you a bit more hope that things can get better or that you can just keep developing and that all comes from your imagination.

I hope you’ve enjoyed today’s episode. I think that this whole, looking to imagination has really excited me and has made me kind of look at the world differently. And I’m looking for other archetypes to cover, and I came across Willy Wonka, the 1971 film with the Gene Wilder.

I think I’m going to cover that in the next episode because he again, is really the epitome of someone that uses imagination to create the world. So I hope you’ve enjoyed today’s episode and as I say, if there is a specific character that you’d like me to cover, then please just go to my YouTube channel, type in the Gary Gunn Show, and just make a comment and I’ll hopefully be able to give you a shout out on the show as well. Until next time …