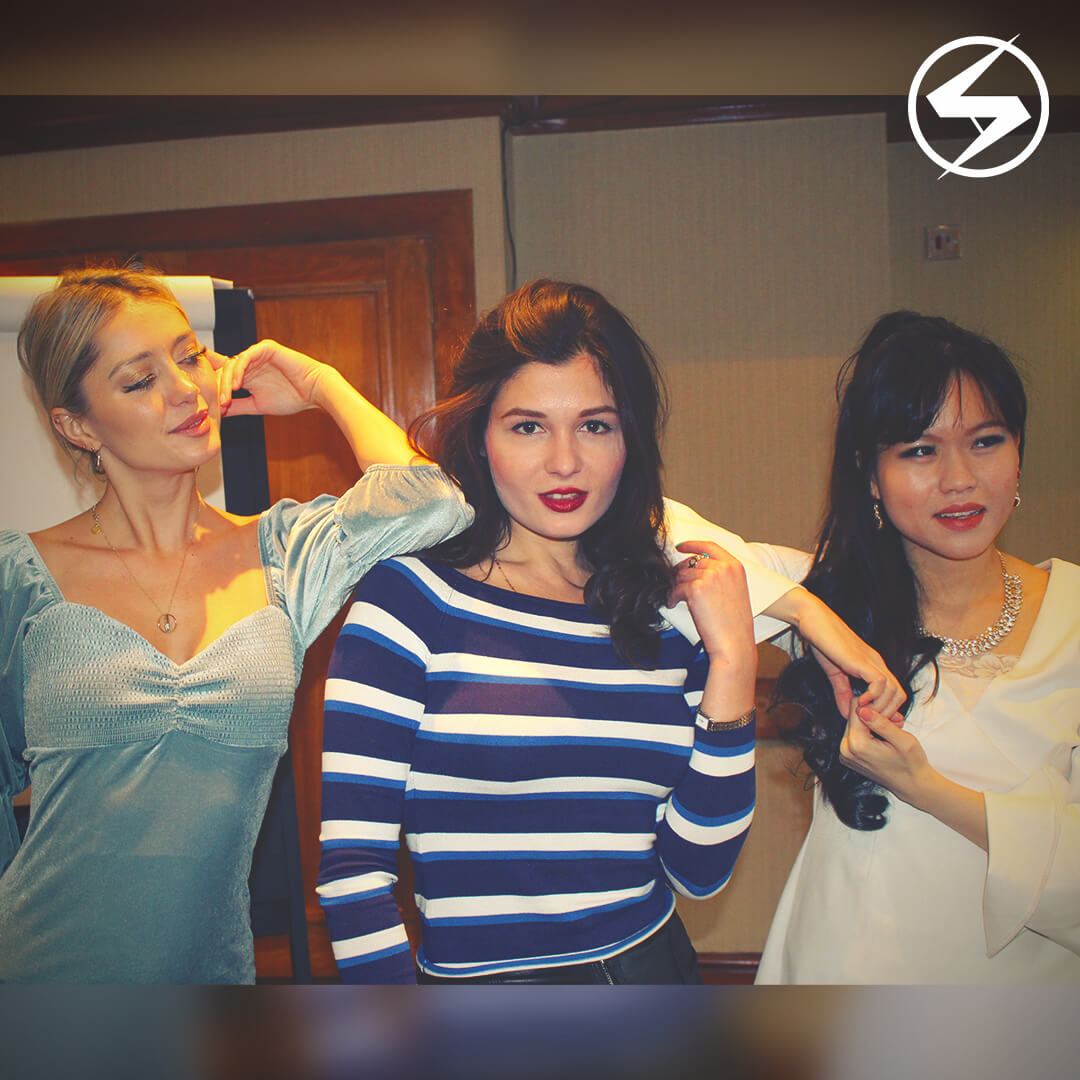 In this article, we’re going to be looking at a book titled The Seven Habits Of Highly Effective People by Stephen Covey and how it can help you to become more successful with women. Now this book is a rock at the helm of many self-development principles. In this episode, I am going to go through the main seven principles in the book and relate them to your dating life and success.

I’m going to relate them to dating to see how they can help to influence your life for better so that you can meet the type of women that you really want to attract into your life. So the book, as I said, is split into seven segments about each of the different habits. So I’m just going to work my way through them.

How To Become Successful With Women #1 – Be proactive

For example, you can take control and when you see an attractive girl go and approach her and learn how to go and talk to her. But the key here really is that if you have an issue in your life, don’t just sit back and hope that things go well.

You’ve got to be proactive. Even if it means making mistakes and things going wrong, definitely taking action towards a goal, even if you’re going to get everything wrong, it’s going to make you feel better because you’re not waiting around, you’re being proactive.

So you’re going to have more serotonin in your body because you’re standing up straighter and you’re really going after what you want. So the first step is about being proactive in your dating life.

Now habit number two that Covey talks about with regards to becoming successful with women is beginning with the end in mind, which I think is interesting. He talks about having a principled centred mission statement, which basically is like your values in life. If you listen to my episode on Captain America, I talk about his moral integrity and how that is the central theme that runs through him. That is why he’s such an attractive character to be around.

So beginning with the end in mind is extremely relevant to dating because, first of all, fundamentally what type of girl would I like to end up with and what kind of lifestyle would I need to lead to become attractive to that type of girl? It’s a theme that’s interesting, so rather than short term, I’m going to go out tonight and meet a girl. I mean that’s not really thinking too far in the future, is it? If you were going to meet the girl of your dreams, where’s that girl likely to be?

It could be that she might actually be in an art gallery. Okay. Well, if I’m beginning with the end in mind, if I want to go and meet an emotionally stable, intelligent girl, I’m more likely to find her in an art gallery. So by thinking about what is it in the future that I want, it then actually changes how you go about doing that today. So that is a very powerful principle.

How To Become Successful With Women #3 – Put first things first

Habit number three, with regards to becoming successful with women, which he speaks about is to put first things first. Again, it’s an interesting idea because all my training courses, often a lot of people think too far ahead in interactions and they’re worried about, oh well, what do I say to this girl and how am I going to organise a date? What do I text her? When actually they haven’t even gone and gotten near the girl.

Putting the first step is certainly important. I’ve spoken about this in many different episodes, but the first step towards talking to anyone is to just get proximity, which means just get near them, get in their vicinity. 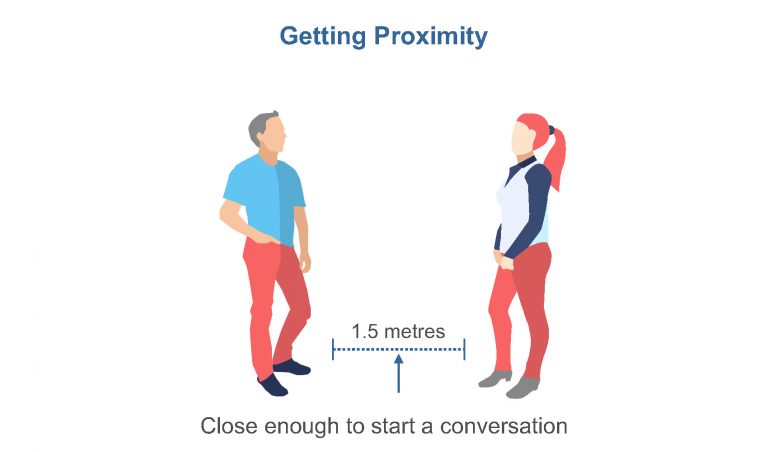 As a first step, typically when you are near people, things often happen where you don’t really have to do much else, but it’s taking control. It’s doing the very first thing first, right? Which is getting near the person that you want to speak to.

How To Become Successful With Women #4 – Think win/win

Habit number four, with regards to becoming successful with women, is thinking win-win. Again, this is a really fascinating principle because we often, when we’re looking at meeting girls, we outline what we want. I want to meet a girl that’s like this, and she has to be like this, she has to look like this, she has to act like this, and we start thinking about what we want. But we give very little time to thinking about actually what’s the win-win here? What value offering do we give women? You know, can we protect them? Can we provide for them? Can we offer them intellectual stimulation?

This is definitely worth thinking over because as a man, as we increase our status and we go through our life, we should be looking at creating different circumstances in our life where we can offer more value to women. That can be being a success in our life. It can be having friends that are of high influence. Basically looking at what value offering do you bring women?

You can certainly write these out, and I think the gaps will become abundantly clear and you can start working on them. Again I did a podcast about Thor, about how being physically big is a huge fitness indicator, and that’s certainly some value that we can all bring to women in our lives.

How To Become Successful With Women #5 – Seek First to Understand, Then to Be Understood

Habit number five, with regards to becoming successful with women, as Covey talks about is seeking first to understand then to be understood. Again, I did an episode about social communication before. Looking at Seneca’s view on wasting time. But it’s interesting here that I think one of Covey’s things was to speak half as much as what he would listen. This is quite interesting. If you think back to a few of the last conversations that you’ve had, typically you’re going to remember things that you spoke about rather than actually what the other person was trying to vocalise.

So a little thing that you can do is to be like, okay, in my next interaction I need to remember at least three things that this person is saying to me. Or you can start with just one. But the point is that when you become aware of effective listening, you are opening yourself up to learn so many extra things by other people’s experiences, understanding their emotions, how they work. When we’re doing all the talking, it’s very difficult to actually understand what they’re saying.

This could even go further into understanding female psychology, right? What is it that women innately find attractive about guys? If you can understand that, you can then begin to create a blueprint for how you want to live your life. I did a podcast on that about Charles Darwin. If that’s of more interest to you, then that’s definitely a good episode to listen to. But I think that rather than taking away from this, what is it that the other person would want? We need to understand that before we can put our value offering further forward.

How To Become Successful With Women #6 – Synergize

Habit number six, with regards to becoming successful with women, he talks about synergizing – which is ways to leverage differences to create a bigger whole.

So what he’s really saying here is about creating a community. Now one of the things that was important to me when I set up social attraction was to have an area where we could create a space where we could all grow together. I set up a secret Facebook community where all of my existing clients had access to communicate and speak with each other and have the support system in place. That has been amazing because what it enables people to do is to learn from everyone’s experiences communally.

So although people may not post that often on there, they’re certainly reading and looking at what’s happening on there. When people have insights they share them. It’s a whole global network where everyone can learn together. Interesting enough, business is actually getting done through the network of people I’m putting together as well.

So that is an interesting concept, and perhaps you can look at this in other areas of your life, for example, if you wanted to again train at the gym, finding a partner that you can train with where you can globally do things together. Even thinking about relationships with women. Ideally, you want to be dating a girl where there is synergy, where you can grow together and achieve more things as a whole than if you’re by yourself.

How To Become Successful With Women #7 – Sharpen the Saw

The final thing he talks about, with regards to becoming successful with women – is sharpening your saw. If you listen to any of my episodes, you’ll know that I’m a big fan of this, which is basically focusing on the renewal of your physical, mental, social, emotional, and spiritual dimensions. So this isn’t just going out and working all the time.

This is developing your life, reading philosophy, looking at psychology, reading anything of interest basically. But things that are going to keep you mentally sharp, like this video from one of my dating confidence courses.

I can certainly say that when I’m reading books, as a bit of a funny analogy, but if there’s a quiz show on TV, my ability to answer questions is probably 200% higher than if I haven’t read for a week. Because I’m creating neuro pathways all the time. New information, dying of the old. There’s that quickness of mental clarity where I can access information better.

Also with regards to talking to women, right? If you’ve got a much bigger range of things that you can talk about through what you’ve read and what you’ve discussed, you’re not going to run out of what to say because the opportunities to talk about stuff are absolutely endless.

So really the last habit is obviously my favourite. You know, developing your life and just setting yourself a goal to become more confident and more affluent in all areas of your life.