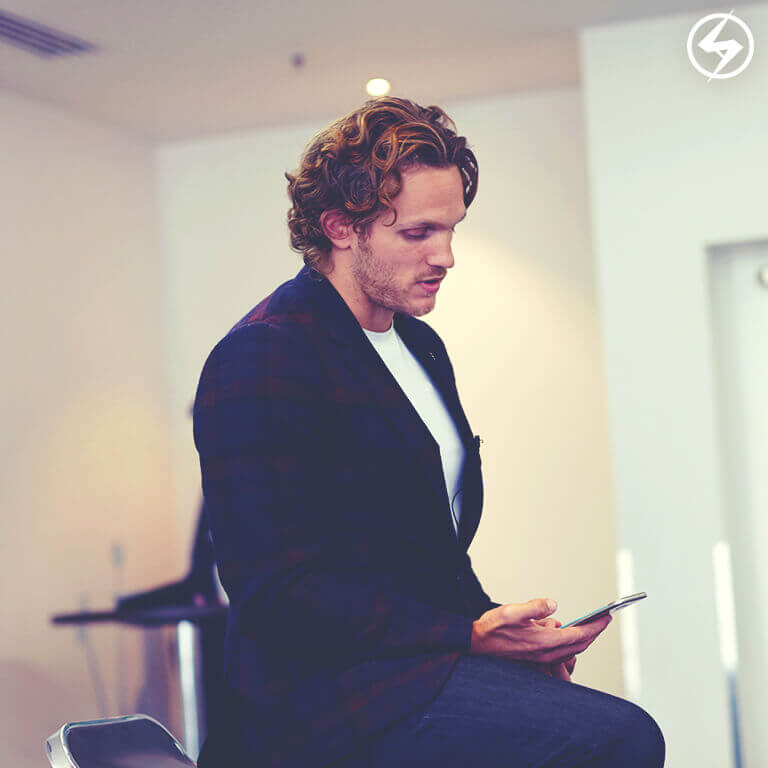 What to text a girl you like. Now, there are a few things that I’d like to point out before I get into exactly how you should be texting people and the most effective way which is good for your time but also allows you to meet up with women again face to face.

So first of all, when you’re exchanging details with a girl that you like, you will save yourself so much time if you organise your next meeting there and then, because trying to text someone to organise a date or a time to get together can be extremely frustrating and very difficult, especially if the girl that you like leads a busy life.

Also, if you’ve got a lot going on in your life, texting someone to try and get a date organised is just very time consuming and you can avoid that.

So first of all, before you even think about what to text women, the easiest thing to do is to organise a date when you are physically with a girl, get your calendars together and sort out what you’re going to do there and then.

Once you’ve done that, you can then text a girl to confirm the details of the date. It saves a lot of trying to be funny, trying to be clever, trying to be flirty via text message. It’s just a much easier process.

Organise the date, once it’s there, you can then be a bit easier with your text messages to say, “This is what we’re going to do and I’ve got this plan.” So that is definitely the easiest way of texting women, but now let’s get onto actually what to text a girl you like.

Now, there are a few other things that I’d like to point out before I get to the actual dynamics of what you put in a message. The first one is something called intermittent texting.

Now, my belief is that you should allocate certain periods in your day when you can text women back, and outside of those hours, you have no text dialogue.

The reason for this is because when we like women, most of us most of the time are checking our phone consistently all the time, looking at has she text us back and then trying to think of a clever or funny reply.

What this does, it allows you to free up your mental thinking space so that you’re not thinking all the time about texting a girl back, and you just come across as way more confident and relaxed. It’s also an effective way of online dating as well, where you just give yourself set boundaries.

This type of process also sets up your relationship the right way from the start, because what most guys do most of the time is when they like a girl, they’re very available.

They text her all the time, they’re always available. As the relationship progresses and that becomes untenable, they’ve set up the parameters of a relationship incorrectly at the start.

I think put your barriers in place right at the start, so before you even start texting women, just allocate yourself zones and periods of the day where you can do that, and it frees up the rest of your time. As I say, you can text as much as you like during that time. It’s just outside of those zones, it’s more effective if you have no text dialogue.

Now, what do you actually text a girl that you like? There are a multitude of different things that you can text women. Just a few things to bear in mind.

If you are going to use emojis, limit it to one, maybe two per message, and when you’re messaging the girl, if she’s not using any emojis then maybe just stick to one.

If she’s using two or three, then is a sign that you can build a bit of a connection and have a little bit of fun with your emojis, but I would just stick to using one if you would like to use an emoji.

The other thing that you can do when you are texting girls is you can have a bit fun and you can just text them and say, “I bet that you’ve been doing this today” and you can have a bit of a fun interaction by just guessing what they’ve been up to and then asking them to say, “Okay, well send me a photo of it.”

For example, if she says she’s out having coffee with friends, you can say, “Send me a photo,” or if you want to be a bit more adventurous you can send her a photo of what you’re doing and then say, “Beat that.” That’s quite fun because it’s quite interactive. A lot of guys are just texting general messages.

If you can add pictures to your texting dialogue, it’s going to allow you to stand out a bit more, and then obviously challenging and having a bit of fun in saying, “Beat that,” is also a really good thing to do.

Now, when we are texting women that we like, I think it’s important to remember that we are ideally looking at meeting them again in person. So what we don’t want to do is just spend hours and hours and hours just messaging someone for no reason.

At some point, you have to ask a girl that you like for a date, and if you haven’t done that in advance, when you’re messaging them, you don’t want to wait for 50, 60 messages in, which is what a lot of people do before you ask a girl for the date.

If she’s going to reject you and not be up for the date, she’s not going to be up for the date. Trust me, sending 30, 40, 50 messages makes no difference. Just to make that point even clearer for you, if you meet a girl and she has an impression on you when you first meet her, it doesn’t really matter what she texts you in those 40 or 50 messages that you have.

You formed your opinion of her already.

So you’re better off just being genuine, and as I say, asking for the date sooner. If they don’t respond or they don’t come back to you or they’re not up for it, then it’s a clear indicator that you didn’t do enough when you first met them.

What I mean by that is perhaps you could have spent another five minutes together, perhaps there was an opportunity to organise a date when you were with her, but don’t get disheartened, because in the dating arena today, everyone gets rejected.

It’s just a natural part of the dating rituals in the time that we live in.

So just make sure that you’re not wasting so much time before you ask a girl for that date, because you just want to make it as easy for her and for you to meet each other and to see each other again.

Now on that point, when you ask a girl for a date over text messages, if she replies saying, “I can’t do that” or, “That doesn’t work for me,” if she doesn’t suggest another time, it’s a clear indicator that she’s not into you.

If you wanted to test that, you could reply and say, “Are you going to suggest another time?”, which is reasonable and a good way of actually finding out whether she’s invested and whether she wants to see you again.

Because I think ideally, if the girl’s not into you or you’re not into her, I think just saving each other’s time, being open and being honest is just a much better way about going about dating, especially nowadays when people’s time is extremely limited.

I hope you have enjoyed today’s episode. And just to round it up, I was talking about the value of intermittent texting to make sure that you don’t text all the time all day. The other area I discussed was talking about just using one emoji or maybe two, but don’t use them too much and don’t use them all the time, and if you do use them, try and mix them up a little bit.

I also talked about the value of asking a girl out for a date while you are with her and then using the text message as a process to just send her the details of that date, because that will save you so much time. Then we just talked about how to message girls and what to speak to them about. 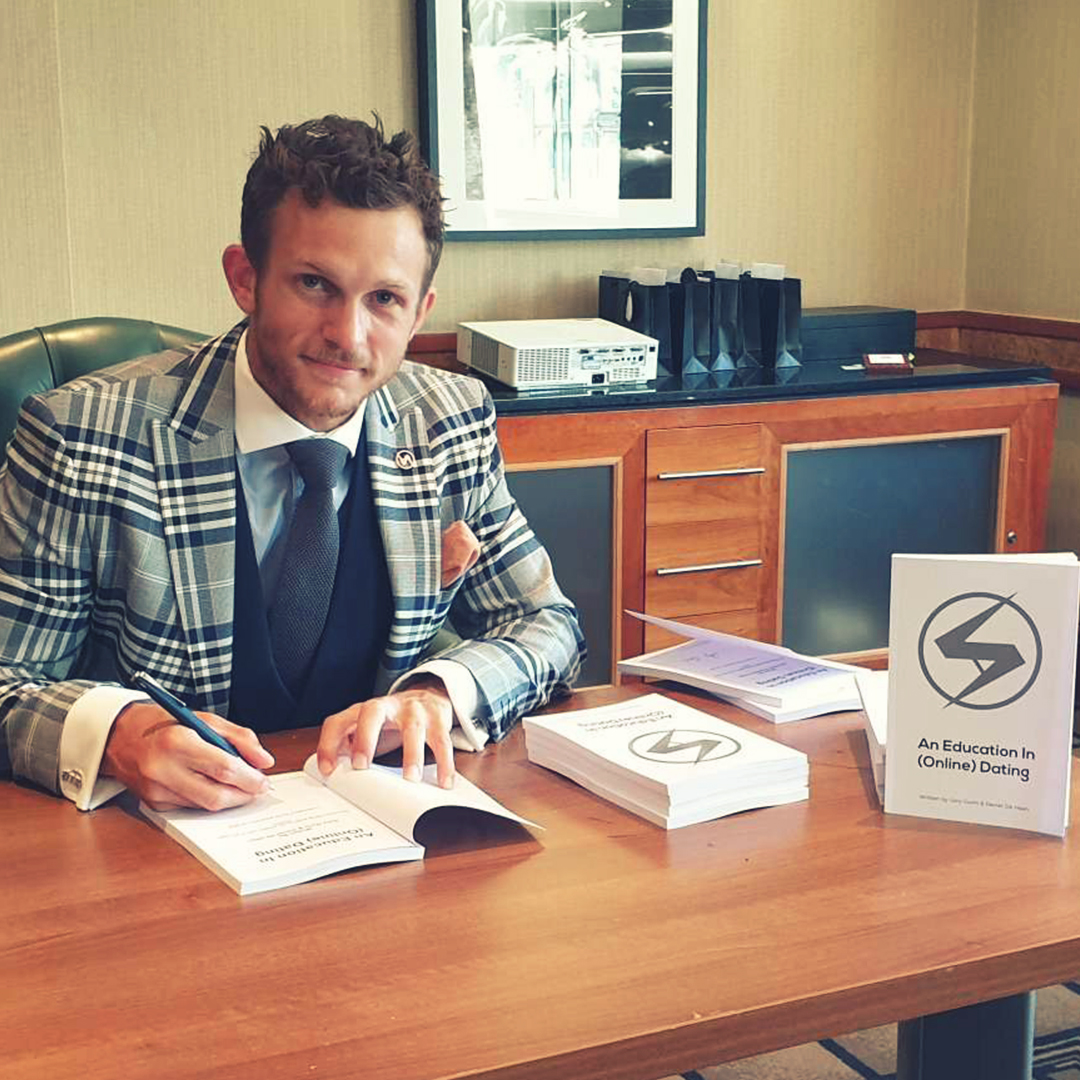 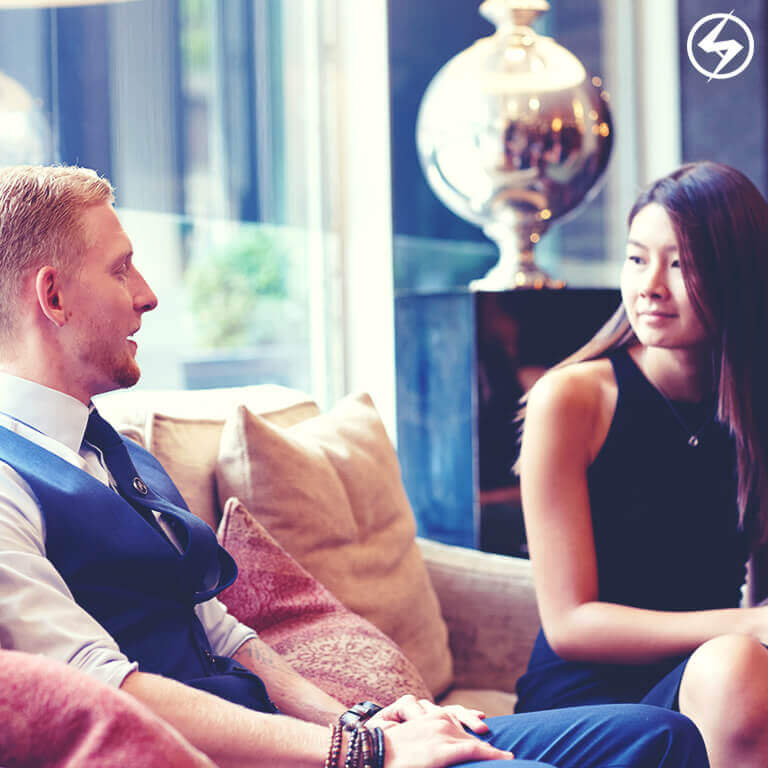 How To Approach A Girl At A Bar | Top Three Principles 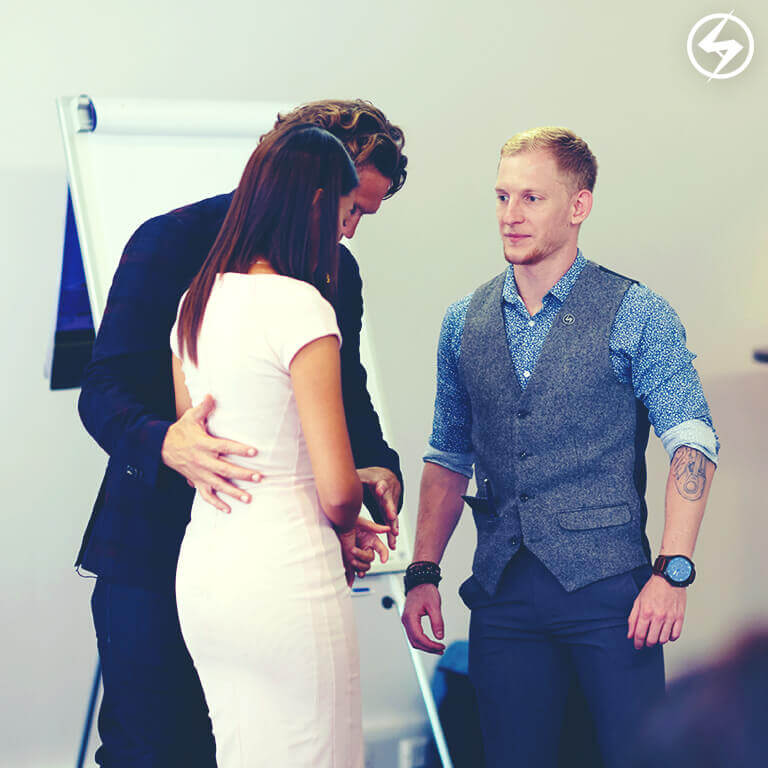