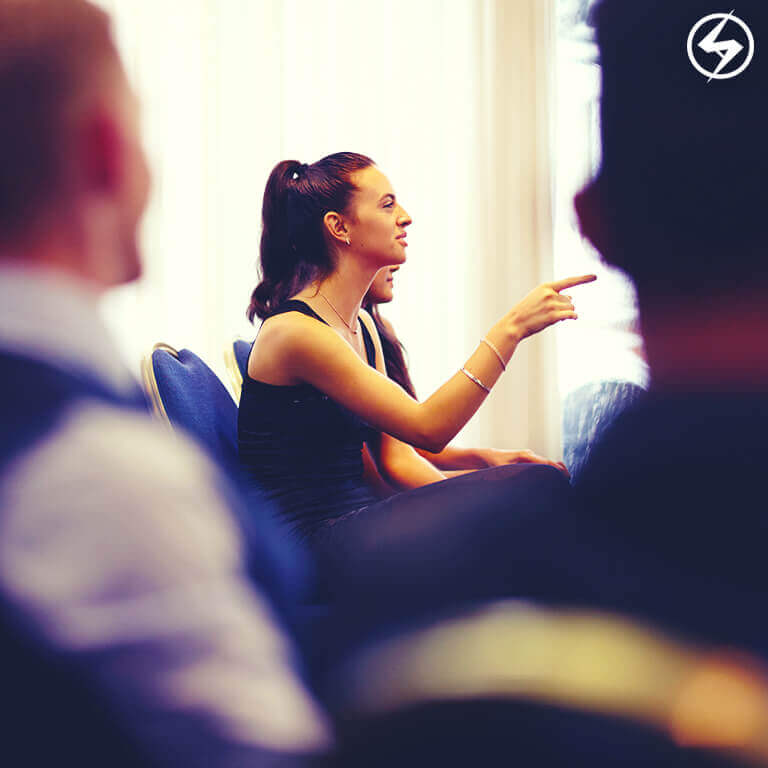 Imagine for one second that you’re the invisible man, and there are three things that you’re about to do. You’re about to embark on a journey where you go behind the scenes to truly understand women, and I’m going to give you three hypothetical situations that occur to play out what a difference it may make to your life.

So in the first situation, imagine that you’re the invisible man. You go behind the scenes, and you get to see women as they really are. You get to see conversations. You get to see them through history. You can be there to really understand what’s going on in their dating rituals. Now in this first scenario, you find out that women are only attracted to status and that we are indeed in a status-driven world.

Could you imagine what a difference that would make to your life, understanding that all of your dating chances are down to how many followers you have on social media, your job title, and your friends the higher that you get in that status hierarchy, the more opportunities you will have to become attractive to women.

Now as part of this scenario, we have to wipe out that anything else is irrelevant. To fully understand this, you’d have to imagine that nothing else mattered other than climbing that hierarchy ladder to increase your status in the world. If this was true, how do you think this would play out in your life? Do you think you’d still have the same friends? Do you think that you’d still be doing the same job at work? Would you be dating the women that you’re currently dating? This is a deep philosophical question that has an individual answer. It is a thought-provoking question that really allows us to think about what a difference that would make in our day-to-day lives.

Again, this is a deep philosophical question that allows you to question the fabric of your day-to-day life.

Now, let’s move forward into a third different scenario. Now, in this one, the invisible man again works out what women are attracted to, and in this scenario, he finds out that it is purely genetics. What do I mean by genetics? I mean the biggest, tallest person with the best physique gets all of the dating opportunities, and nothing else matters, doesn’t matter how much money you have, doesn’t matter how creative you are, it doesn’t matter what job you have. The biggest physical specimen will get the most meeting opportunities.

Now, imagine how that would play out in your life. You can see how people in the world currently have that view and spend a lot of their time in the gym getting physically big and physically strong. Could you imagine what a difference that would make to your life? What would you be doing in your spare time? Who would you be friends with, bearing in mind, the only thing that matters is your physical size and condition? There are things about your genetics you can’t change such as your height. However, you could just imagine the difference that would make to your life.

Now, what I’d like to do here is to just merge all of these together. There was a French philosopher called Jacques Derrida, and what he believed is that the balance is somewhere between the two extremes in life and that, in fact, it’s about accepting the conflict because certainly, at this point in our life, especially in a Western society, many of us have a lot of pressure on us to have more status, to be creative, and to spend time at the gym getting physically big and in good condition, as well as earning money, growing that hierarchy.

There’s an endless amount of pressure on us to be more successful in our life, and in my experience, it can be very difficult working out which direction we’d like to take our life and feeling under pressure to get better at all of these simultaneously.

I think most people that go through their twenties when they go out into the real world if they study at university, they realise the difficulty in trying to get a balance in their life between work, status, creativity, training at the gym, can be extremely exhausting.

This is why I like Jacques Derrida because he believed that there’s a balance there. The word balance is overused, but what does that actually mean in the real world? It means not buying in 100% to any of these ideas. There’s a thing in maths or an idea called Bayesian logic, which assigns a percentage to the truth as opposed to saying that’s 100% factually true. When you assign a percentage to something, it allows you to be a little bit more open-minded to it. So rather than saying, “Women are attracted to status,” you can say, “There’s a 60 to 70% chance that’s true.” “Women are attracted to creativity.” “There’s a 60, 70% chance that’s true.” Same with genetics. That’s a 60 to 70% truth.

I think this is an important part for me to point out during this episode is that when I first started coaching many years ago, believed into the indoctrinating information that women are only attracted to leaders, and, again, assigning a percentage value to that. It’s true some of the time, but not all of the time. Whilst it’s good to have leadership qualities in your life, there’s a multitude of other things that you can work on that also make you more attractive.

I think that most of us inherently have something that we’re drawn towards, that we enjoy doing, and I think really this is our biological instincts moving us into that direction.

It can be that you’re someone that does like to increase their status in the world. It can be someone who’s extremely creative, or you can be someone who’s physically big and physically strong. Whilst these are all important aspects, it’s also important to recognise that we don’t buy into any one of these ideas 100%. These are just three examples of what you could find out if you went behind the scenes and spoke to women or were the invisible man in a multitude of different scenarios all around the globe.

The learning lesson that I’d like to articulate in this lesson is that, in life, it can be very, very difficult to handle the pressures of modern-day society. Yet, all we have to do is to buy in a little less into the ideas of what it means to be successful. Rather than going full in at training at the gym and getting really big and getting massive, there’s a balance there, 60, 70%. It’s also going to make you less likely to be injured, and then, in your free time, when you’re not spending so many hours doing one pursuit, you have the opportunity to do something else.

I think creativity is also an important part of our life, as is learning, as is increasing your status, but individually, these are not the most important things that you’ll ever have to do. There’s a balance, and sometimes in your life, you are drawn towards working on one at the detriment of the others, but what you find over a period of time is that there is a balance to be had in any of these pursuits in your life, and actually in the circle of life. They all tend to work together.